“It was the sensible thing to do.  It creates more accessibility, convenience, and better client care,” Kelly said. “I had two agents in each office which made it a challenge for coverage at both the staff and client level.  The locations were just four miles apart and it just made sense to have everyone in one central spot.”

Kelly, who was born and raised in Mooers, New York, opened her first branch of the Blue Line Insurance Agency in March 2011 in Lake Placid, New York.  Her second branch, in Champlain, opened in October 2017, on 840 State Route 11 location.

In July 2019, she purchased the Champlain and Rouses Point branches of the Chauvin Agency to expand in the North Country.  She merged the two Champlain offices, which was formally known as Paquette’s, and kept the Rouses Point office open as a third branch.

“I always wanted to be back home,” Kelly remarked.  “I worked in insurance in the Plattsburgh area for many years before opening in Lake Placid, and I always wanted to be able to be in the North Country again.  My parents live there, my family lives there, it’s nice to re-invest in my own community.”

Now that she has combined the Rouses Point and Champlain offices into one location, Kelly envisions Agency growth. The current staff has almost 100 years of insurance experience, collectively, and she hopes that sometime soon they will be able to mentor future agents and create more job opportunities for her hometown.

The Champlain office, located at 840 State Route 11, is more than 1,600 square feet; able to comfortably serve the Agency’s clients with their auto, business, home and personal insurance needs. 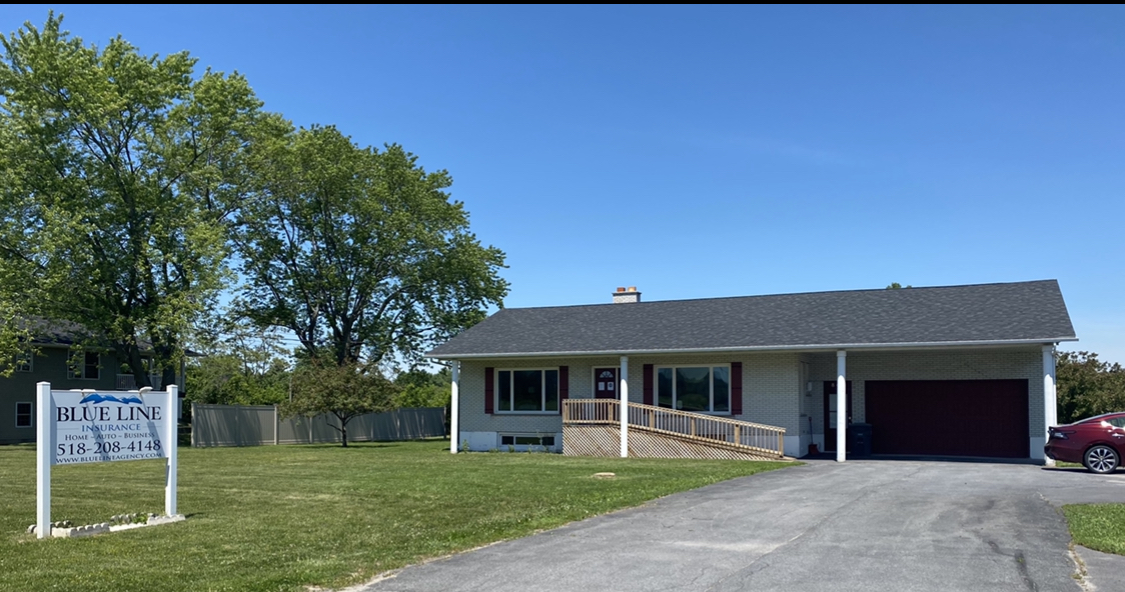 The Blue Line Insurance Agency offices in Lake Placid & Champlain are providing access by appointment only. Call 518-523-4321 to schedule an appointment.

Each of the agency's offices, 55 Barn Rd., Suite 204, in Lake Placid and the Champlain location, 840 State Route 11, offers 24/7 drop-off box access for inquiries and payments.

Electronic payments can also be made directly to the many companies we represent.

Thank you for your understanding and have a safe and healthy holiday season.